Kyle before his accident in 2009

At present, if you live in Wales or the
South West of England and your child
suffers a brain injury they will not get the
care and rehabilitation that they deserve.

Kyle Beere was a typically fit, healthy, intelligent and active twelve year old boy.  On 14th November 2009 he asked to be taken to the accident and emergency unit at the University Hospital of Wales (UHW) in Cardiff, due to a severe headache and quickly slipped into unconsciousness. What was unknown at the time was that he was suffering a massive brain haemorrhage caused by a rare condition called Arteriovenous Malformations (AVM).

Over the following few weeks Kyle remained on life support in a coma and had undergone two major and two minor brain surgeries to remove the AVM and associated blood clots, along with a tracheostomy to stop him from suffocating.  Just as it was suggested by the specialists that the time had come to switch off the machines keeping Kyle alive, he defied all the odds and his eyes started reacting to the tests being undertaken.

After this miracle, Kyle continued to progress every day but still could not talk or move his head and limbs.  Everything that we take for granted like walking, talking, eating etc. has been taken away from Kyle by this cruel twist of fate. 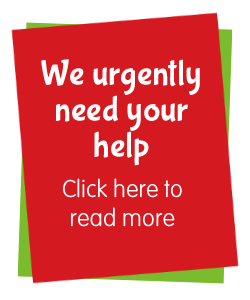 Kyle’s family then thought that his rehabilitation would take place at either the UHW (which is the specialist neuro centre for Wales) or at the long established rehabilitation centre at nearby Rookwood Hospital. To their astonishment they were told that the new Children’s hospital at UHW has not included nuerorehab in their facility and Rookwood hospital only accepts patients of 16 years or older. Furthermore, they were told that the NHS does not cater for the rehab of brain-injured children ANYWHERE within Wales and the South West.

Kyle’s family were told that the nearest suitable facility was at the Childrens Trust in Tadworth, Surrey (www.thechildrenstrust.org.uk), but this specialist facility is limited to 49 spaces.  It is also 160 miles (3 hours) away from Kyle’s friends and family.